Even though Guadalest is a small village anchored in a small valley with the same name, it is an extremely busy tourist attraction, it was declared a Historic-Artistic monument in 1974.

Guadalest is first known for its ‘castle’, which is literally hanging on the cliff where it was found. A visit to Guadalest and the beautiful surroundings are a must.

Valencia is a place that we visit during most of our holidays, the city is situated on the banks of the Turia, fronting the Gulf of Valencia on the Mediterranean Sea. Its historic centre is one of the largest in Spain, with approximately 169 hectares this heritage of ancient monuments, views and cultural attractions makes Valencia one of the country’s most popular tourist destinations.  If you do visit Valencia the Oceanografic Centre is amazing, it is the largest sea life centre in Europe.

The park is divided into ten areas. The marine areas reflect the Mediterranean habitats, the polar oceans — the Arctic, the islands, the tropical seas, the temperate seas and the Red Sea. The park also includes a dolphinarium, an auditorium with a Red Sea aquarium, an area of mangrove swamps and marshland, and a garden with more than 80 different species of plant.

Benidorm is popular with tourists from the UK, Ireland, Germany, Belgium and the Netherlands because of its beautiful beaches and abundance of cafés and restaurants. Benidorm’s growth in popularity continues year round, due to the night-life based around the central concentration of bars and clubs. The large number of free cabaret acts that start around 9:00 and continue into the early hours set Benidorm apart from other similar cities. 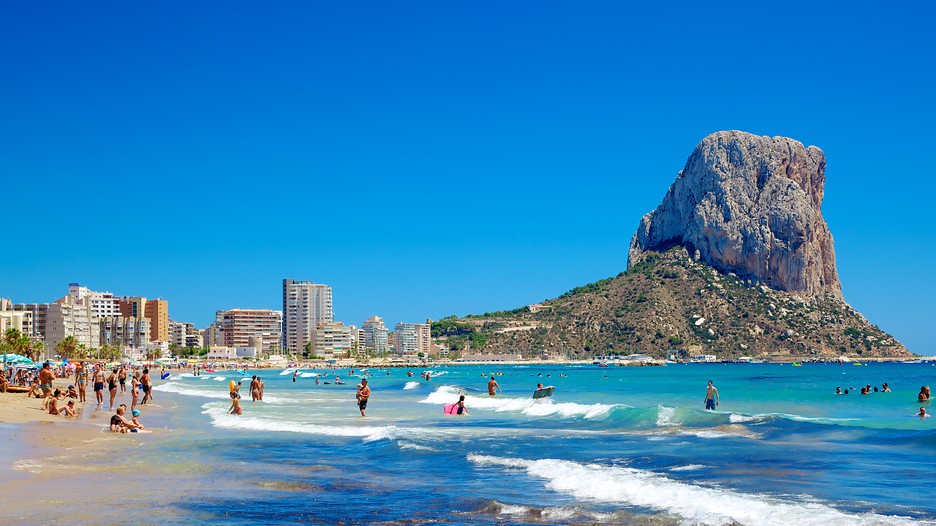 Calpe has a beautiful harbour that is famous for its fish restaurants, you choose the plate of fish that you want and the chefs will cook it to your taste.  Also Calpe is famous for the Penyal d’Ifac which is a massive limestone outcrop emerging from the sea and linked to the shore by rock debris. It is home to numerous rare plants, including a number of endemic species, and over 300 species of animals, and a nesting site for colonies of sea birds and other birds.

Rising to 332 metres high, the rock is a striking visual feature of the Mediterranean coastline.  There is a nice walk at the bottom of the rock or if you are feeling brave you can walk to the top, but that is not for the faint hearted.

This is a text widget, which allows you to add text or HTML to your sidebar. You can use them to display text, links, images, HTML, or a combination of these. Edit them in the Widget section of the Customizer.